It is an exciting time in dermatology. After a long drought of new therapies for eczema, many new treatments are now on the horizon, made possible by new and better understandings of disease mechanisms in eczema. These new medications target specific molecules found to contribute to eczema. Clinical trials have shown several of these as potential safe and effective alternatives to existing treatments. Of the following treatments mentioned, some are available in Australia, but others are still in the final stage of clinical trials. They include topical and systemic treatments.

Crisaborole 2% ointment (Staquis) is a non-steroidal ointment approved to treat patients two years of age or older. It suppresses a molecule called phosphodiesterase 4 (PDE-4) which plays an important role in skin inflammation. Crisaborole improves itch, redness, scratching and skin thickening in mild to moderate eczema. The most common side effect described is initial burning or stinging at the site of the application; if this occurs it often resolves by itself in 2-3 days. Crisaborole 2% ointment is currently available with a private prescription and could be an effective alternative to topical steroid for both body and sensitive areas such as the face. 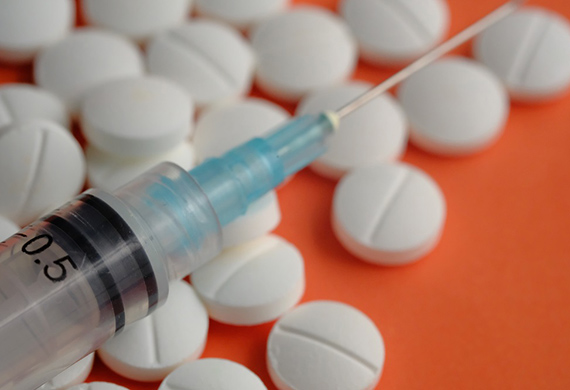 Tapinarof is a non-steroid cream in the final stage of clinical trials. It activates a molecule called the aryl hydrocarbon receptor (AhR) of the skin. This reduces skin inflammation and improves skin barrier. Studies showed that close to half of the participants who used 1% tapinarof cream had significant improvement of eczema. The most common adverse events described include hair follicle inflammation, headache and upper respiratory tract infection.

Ruxolitinib is a non-steroidal cream which blocks a small molecule called Janus Kinase (JAK). JAK plays an important role in regulating the immune system and has been extensively studied across different specialties including gastroenterology and rheumatology. Ruxolitinib 1.5% cream twice per day has been shown to reduce redness, itch and skin thickening in eczema. The most common side effect is application site pain.

Dupilumab is an injectable medication for children >12-years-old and adults with moderate to severe eczema. In its landmark trials, close to half of the participants with moderate to severe eczema achieved significant symptom improvement. Given every 2 weeks, dupilumab blocks the action of two molecules known as IL-4 and IL-13. One of the main advantages with dupilumab is that it does not suppress the immune system and does not require the same frequency of blood test monitoring as existing oral eczema medicines which suppress the immune system. Side effects described include conjunctivitis, injection site pain and facial redness. Dupilumab is currently not yet listed on the pharmaceutical benefit scheme (PBS) but is available on a private script. The pharmaceutical company, Sanofi, and the college of dermatologists are currently negotiating with the Department of Health to list dupilumab on PBS.

JAK inhibitors include a group of oral medications for moderate to severe eczema. JAK inhibitors have been used effectively in treating many inflammatory conditions, such as, rheumatoid arthritis, inflammatory bowel disease, vitiligo and alopecia areata. Abrocitinib upadacitinib, baricitinib, and tofacitinib are JAK inhibitors currently undergoing the final stages of clinical trials and show promise as effective and safe eczema treatments. The most common side effects include nasopharyngitis, nausea and headache.

Tralokinumab and lebrikizumab are drugs that have been designed to block a molecule called IL-13 to reduce inflammation in eczema. Tralokinumab and lebrikizumab are both undergoing the last phase of clinical trials and have shown to be effective in treating moderate to severe eczema. The more common side effects experienced by participants include headache, upper respiratory tract infection and nasopharyngitis.

Nemolizumab is another biologic agent that blocks the action of a molecule called IL-31. IL-31 is a newly discovered molecule associated with chronic skin inflammation and particularly with itchiness. Several studies have indicated that nemolizumab is effective in controlling itch associated with eczema. Side effects reported in the clinical trials include exacerbation of eczema and respiratory tract infections. Further study is required to evaluate its long term safety and efficacy.